People ask me quite often, being a host, producer, and contributor of multiple podcasts myself, which shows I actually listen to.  The answer, as it is with all things, is…

So, I thought I would simply open my iPhone and jot down what was in there currently, why I listen to them and what I love, and give you some links where you can subscribe.  Some of these I have listened to for YEARS, and some of them are fairly new and breaking new ground as they gain an audience.  Some of these might surprise you.  :)

(These are in no particular order of preference) 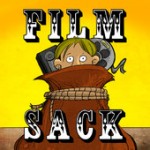 Film Sack – Mining the depths of film entertainment for all mankind, Scott, Brian, Brian, and Randy entertain us by watching [usually awful] movies and giving us hilarious, thorough reviews, complete with special segments.  My favorite part of this is Scott’s “Big Red Button,” otherwise known as the Trope Alert.  This is a must-listen for fans of B-movies or cinema in general.  Film Sack is part of the FrogPants Studios network, created by Scott Johnson. 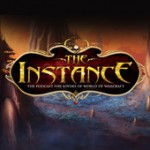 The Instance – Another of the epic podcasts from Scott Johnson’s FrogPants Studios, this World of Warcraft-focused podcast tends to lean more towards all-things Blizzard, but has been a staple of my iPod/iPhone for YEARS.  Scott, “Terpster,” and Willie “Dills” Gregory entertain you every Friday catching you up on all the gaming news surrounding the Blizzard universe.  They have had multiple visits from Blizzard “heavyweights” as guests on the show, including Russell Brower, Greg “Ghostcrawler” Street (Now at RIOT Games), and others, and are always up-to-date with the news surrounding content updates, and general drama/gossip surrounding Blizzard games.  This is a MUST-LISTEN if you play any Blizzard games.  Yes, even Hearthstone.   Speaking of which… 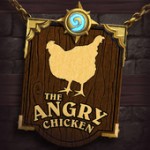 The Angry Chicken – The Angry Chicken is a podcast that cracks 40 packs, throws down a 1/1 chicken w/ a +5 Enrage, all the while keeping you up to date on everything going on in the world of Hearthstone . Each week the latest news, strategies, crazy game stories and your emails are covered. Garrett Weinzierl (StarCast) and William “Dills” Gregory (The Instance), and Jocelyn Moffett (The Gamers’ Inn) together host The Angry Chicken.  This is fairly new, but you’re getting some of the extreme experts discussing play strategy of a game that is still in Beta.  It goes without saying that I have learned a lot from this crew and it has completely changed my Hearthstone play for the better. 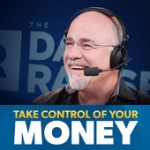 The Dave Ramsey Show – The Dave Ramsey Show is about real life and how it revolves around money. Dave Ramsey teaches you to manage and budget your money, get out of debt, build wealth, and live in financial peace. Managing your money properly will reduce stress, improve your marriage, and provide security for you and your family.  I am a student of the Financial Peace University, and in 2008 set myself on a path to become debt-free.  You can, too.  And Dave will be the mentor and inspiration you need. 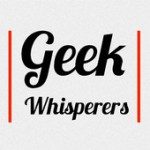 Geek Whisperers – Some of my best friends and most-respected peers in the industry talk Social Media, but with a twist.  How Marketing can tangle with PR, tweeting from your cubicle in a public company, how to be a relevant and proficient content creator, and then some.  These are the people that really have their fingers on the pulse of Community Building and Social Media in an extremely tough and rigid environment such as the tech sector.  Hosted by John Mark Troyer of VMware, Amy “CommsNinja” Lewis of Cisco, and Matthew Brender (formerly of EMC) of Infinio. 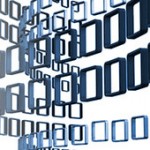 VMware Communities Roundtable – This is THE definitive VMware podcast.  Period.  I’ve been listening to and participating in, both as a customer and a vendor, this show for years now.  The beauty of this show, aside from the Off-Air chat room and pre-show banter, is the wealth of VMware employees and experts they have access to.  If you want to learn more about something VMware-related, I’d be willing to venture that you’ll find an episode dedicated to it here.  If you work in the tech community around VMware, this is a MUST-LISTEN. 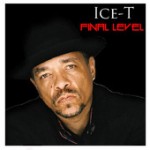 Ice-T: Final Level Podcast – Here’s a little nugget about Nick that most of you probably don’t know.  As a teen, I was obsessed with “gangsta rap.”  Hearing storytellers musically tell these tales that were mostly just a fantasy tale of some distant world was fascinating to me in the same way that Lord of the Rings is.  Sure, most of it was vulgar, full of swearing and violence, but I couldn’t stop listening.  I still remember the lyrics to most of NWA’s songs in the late 80’s/early 90’s.  This was also the era of the birth of the PARENTAL ADVISORY: EXPLICIT LYRICS label, off the back of things like 2LIVECREW, NWA, and various other artists.   This was a fascinating time to witness an evolution of music, not to mention the movement from cassette tapes to compact discs.  One of the other guys that reached me in interesting way was Ice-T, but not in a way you’d expect.  Sure, he is the OG, but I first met him during a time of my life when I was beginning to transition from rap music to rock and metal.  Someone gave me a cd of this new band called Body Count.  The reaction to this album was mostly controversial, and centered around the song Cop Killer.  But what laid inside was an absolute POWERHOUSE of heavy metal riffs and guitar solo’s from Ernie C. and fast-moving vocals from Ice-T.  It’s about time Ice had a podium again, and this podcast gives him an open mic to discuss various social issues and things he’s working on.   They’re only 4 episodes in, but Ice, I’m hooked.  Your no-BS commentary is addictive.  Please keep it up. 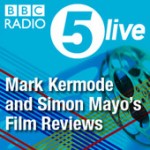 BBC Live: Kermode & Mayo Film Reviews – Mark Kermode has become one of my favorite movie critics in the world, and this show with him and Simon Mayo is a lot of fun and extremely BRITISH.  They frequently have A-list film guests, and amidst the witty banter, deconstruct films in way only Kermode can do. 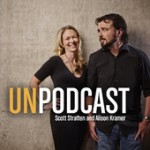 The UNPodcast: The Business Podcast for the Fed-Up – This is one of the newer additions to my feed that I haven’t had a lot of time to completely digest, but a brilliant recommendation from Matthew Brender of Geek Whisperers, and I’m glad I listened.  The few I have listened to are fantastic, with tons of inspirational insight.  Scott Stratten and Alison Kramer take you through various workplace scenarios where marketing can often stifle and get in the way of what you’re really trying to do:  ENGAGE.

That’s it folks!  This list evolves over time as I discover new shows, and tire of others.  These that I’ve listed here are a combination of my staple shows, as well as some exciting new shows I’m finding to be awesome.

What am I missing?  Which podcasts do you listen to that I should add to my list?