Back in August 2011, I had what I would consider to be my first major surgery of my life.  It nearly caused me to miss VMworld in Las Vegas, but luckily got the all-clear from the doc to travel just in time and was able to attend.

A little over a month ago, NetApp held tryouts for the company softball team.  Seeing as how I missed it last year due to the date I joined the company, I was super-excited to come out and get to play on the diamond again.

Had a great warmup throw-around.  Jumped right into shortstop and did some fielding while people hit, and the arm (which I was most worried about) felt great.  Still got the cannon.

It came to be my turn to hit, and I took about 5 swings, almost knocked one out, and then the next swing….

WHOA!   Something is BURNING HOT in my knee!  WTF is that!?

Took a few steps around to “walk it off” and even got back up and took another swing (I’m stubborn, I know).

Walked away, MAD, frustrated, confused at what had actually happened and tried to walk around outside the fence a bit, but it was not getting better.  I could “feel” liquid in my knee.  The most awkward feeling ever.

I hobbled out to the car after taking my cleats off and went to go get some dinner while I thought about whether or not to actually go to the ER.   Yes, at one point, I contemplated just going home and icing it down, thinking I had just strained something.  After stopping for gas and continuing to put some weight on it, feeling it continue to get worse, I went to the ER.

X-rays were taken, and showed no bone damage.  There just so happened to be an Ortho on staff and he came in and did this Mr. Miyogi – Karate Kid maneuver on my knee.  Twisted it one way and then the other and all was good.  No MCL/PCL injury.   And then he hyperflexed it (i.e. bent it backwards, the wrong way) and I nearly lept off the hospital bed!   OW!   Burning pain like I’ve never felt.

For those of you that sent me well-wishes via Twitter and Facebook, thank you very much.  Your thoughts and support meant a lot!

One of the fringe benefits of being in Raleigh/RTP is you’re in the heart of the ACC, including Duke and WakeMed, surrounded by some of the best Orthopedic medicine in the country.  I was scheduled to see one the next day, and he determined one thing:  MRI.

Went for an MRI a couple days later, and then back to the doc a couple days after that.  It was one of those good news/bad news situations.

If you’re like me, you never want to hear a doctor use “huge” and “tear” in a sentence when discussing your body.

So, we scheduled surgery.   What he found when he “got in there” was another good news/bad news situation.  Good news, nothing was really torn.  Bad news, he found what is known as a bucket-handle flip/tear. 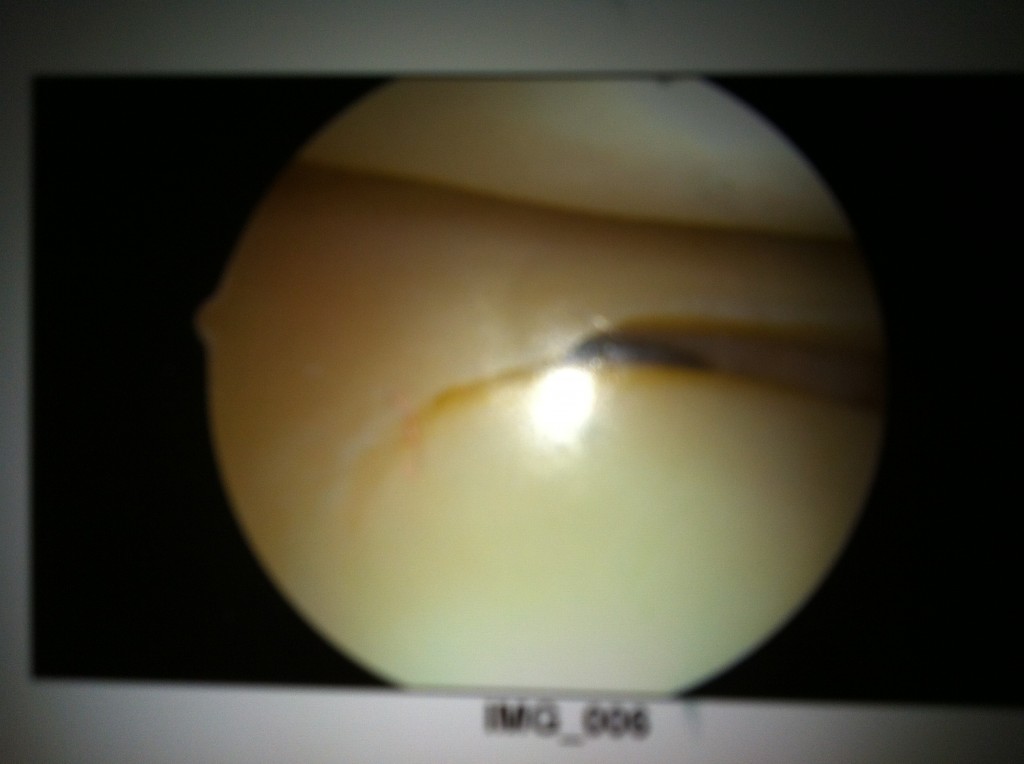 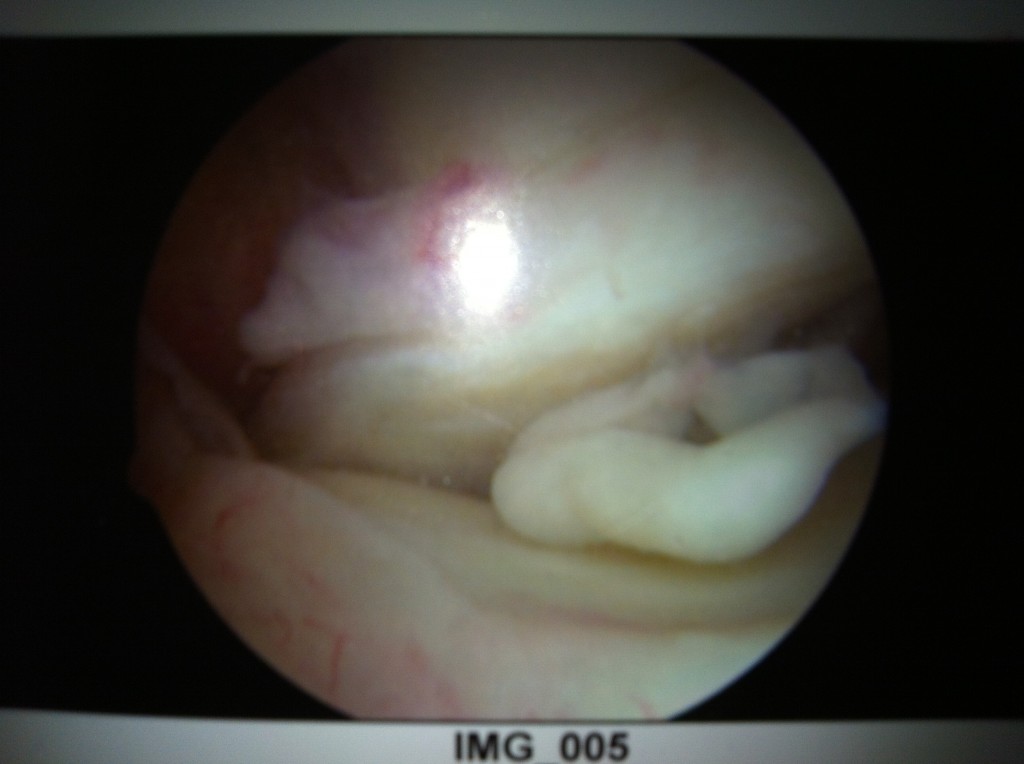 One of my friends put it perfectly:  You don’t have to be a doctor to notice something is FUBAR in there.

Here’s a great video I found on Vimeo of the arthroscopic repair procedure.  I’m working on getting a copy of my actual surgery from the doc.  In this one, he actually cuts out a portion of the meniscus.  Mine was actually stitched back into place since it was recoverable.  Only difference, but a great explanation.

For the past two weeks, I’ve been couch-bound on heavy doses of Ibuprofen and pain meds.  I start PT on Monday for bending and strengthening, but still on crutches and not allowed to put weight on it for another month. (ugh)

All that said, I know a lot of you are anxiously awaiting some followup posts and videos from me, they’re coming!  Very soon!

I hope you’ll forgive the lack of posts lately as I’ve had a tough time dealing with this and other things at work, and there just hasn’t been time.

Look for them to come in the next week.

For more than 20 years, I have lived in and around Enterprise tech, both hands-on, and at multiple vendors. In my spare time, I enjoy home projects, building my studio, live streaming, podcasting, & creating content.
Related Posts
Thank You.
Subscribe
3 Comments
Oldest
Newest Most Voted
Inline Feedbacks
View all comments

Mine from which I’m almost recovered:

Is that your ankle?  Lotta metal in there!

Yeah, they sold me the medieval package — at a discount. So far, TSA hasn’t complained about it which, considering the size and being stainless and all, I’m surprised.