History and Future of the NetApp Communities Podcast 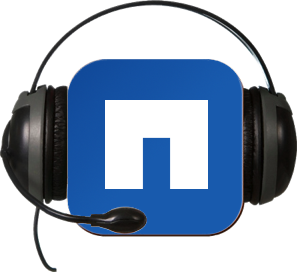 Recently, after appearing on Cisco Champions Radio to give my own guidance, as well as some back alley questions, I’ve received an overwhelming amount of questions on the NetApp Communities Podcast. And it’s not what you would expect … the questions were more along the lines of the history, how it is actually run, and how big is the team that puts it on every week.

Heading full steam ahead into our 3rd amazing year, I thought it would be good to revisit and share how it got started, go over some of the challenges we’ve faced, and where things are looking for the future.  Each of those could just about qualify to be their own post.

For me, I’ve been an avid podcast listener for many years. There are well over 20 shows currently in my Podcasts app on my iPhone. That number has exceeded 50 in the past, especially when I listened to all of the various TWiT shows. Podcasting is something I always wanted to try and had a hunch I would have a knack for it. It was mostly about the right opportunity presenting itself.

In 2011 and 2012, one of my peers, Mike Shea, used to run an internal webcast monthly called the Virtualization Experts call. This was an opportunity for us TME’s and various Product and Marketing Managers to have NDA discussions about upcoming releases and roadmaps looking ahead into the future. It was an education medium that allowed us to demo to the field new collateral and how to message it. It was really beneficial and kept us connected with our global field. It was run over rudimentary webex and a conference bridge. Pretty vanilla. Recordings of the webex and audio were sent out for those that couldn’t make it. Those of you intimately familiar with podcasting can probably see where this is going …

Some time in 2012, Mike changed roles and no one truly stepped up to continue running the calls. Several people suggested that I take the reins and continue to run the call, and I was certainly up to the task.  But something didn’t sit right with me.

“Why were we not also having these conversations with our customers?”

Funny enough, around this same time, I was considering firing up my own show here called “DatacenterDude Tech Talks.” I had gotten as far as making a Facebook page and some branded graphics for it.

Then this opportunity presented itself. I shared my thoughts and plans with my boss at the time, and asked him the simple questions above. Why are we not talking about this stuff publicly? Why are we not being more transparent about our plans, aside from the obvious NDA roadmap conversations? 95% of this stuff we would love for our customers to hear as well, and frankly they already do behind closed doors. I wanted to open them and brag about everything we were doing in the industry, while not undermining any particular launch or upcoming product release.

The Struggle Is Real

You wouldn’t believe how much resistance I received. People didn’t understand it, fought with me about not having the NDA access, and several folks even tried to fire up the Virt Expert Calls on their own. It was one of those “defeated before you even start” feelings.

Originally, I started out on talkshoe, and with a monthly cadence. The quality of the audio was … well, awful … and the monthly cadence was simply not enough to get people to engage. It needed to be weekly. It couldn’t just be nerds reading bullet points on slide for an hour. It wasn’t engaging enough. Seriously… go back and listen to them…

Ugh. It sounds so bad. Talkshoe just wasn’t going to cut it. I was either going to bail out, or really knuckle down, learn some audio engineering, and buy some top notch gear.

And I had to go ask for money …

After putting a small plan together, I asked my boss for $1,000 to get some equipment. It took some selling. He had to get it approved two levels up.

People still ask those same questions today, but I digress.  Luckily the money was approved, and I bought a mixer, mic, pocket recorder, and various accessories with it.

So here I was, January 2013, fancy $300 mic, big mixer, GarageBand, and a guest lined up. I had found a guest host in Gabe Lowe (now at PernixData) and honestly had no idea what I was doing.

I began to ask myself what I enjoy when I listen to the radio, which I don’t often do, but I do listen to certain talk shows like Howard Stern, Corolla, and Rogan. It’s the personalities. The humanity of it. The approachable relate-ability of it. And we would just have real-talk conversations. Those of you that have been with us from the beginning have witnessed first-hand how that has evolved over the last couple of years.

The easiest way to describe the 1st half of 2013 was “finding our way.” It wasn’t until we mic’ed up Glenn Sizemore at Microsoft TechEd in May 2013 that something clicked.

And then Gabe left NetApp and I moved back to LA in July and everything got put on hold. You guys all came at me like a pack of wolves at VMworld and Insight later that year.

I can honestly tell you that I had no idea. Obviously, having metrics, I knew a few hundred people were listening, but some of you were extremely passionate about it.

It was at Insight 2013 in Vegas that I decided it was time to get serious. For those of you that pushed me … Thank you.

I needed a new co-host after Gabe’s departure. My teammate Pete Flecha bubbled to the top and was genuinely interested in helping out and being a part of it. He also jumped in and helped me line up guests and get scheduling under control.

Funny side-note. I really wanted Glenn to be on the show also at this time, and he wanted to be a part of it, but I assumed he was too busy (he really was!) and that he wouldn’t be able to. Turns out we should have just talked. More on that later.

Pete and I spent the first half of 2014 recording guest after guest, including our CTO Jay Kidd. As we got into the summer and closer and closer to VMworld, we decided we wanted to do daily recap shows. Round everyone up around a table and spend 5 minutes talking about something cool you saw or learned that day.  I love the way it worked out. We then did it for VMworld EMEA, NetApp Insight US, and NetApp Insight EMEA.

Covering events we attend is now a staple element to the show, and we will continue to do that going forward.

Whilst we were recording at VMworld, Glenn Sizemore was often on the show quite a bit as well. It was a natural chemistry and dialogue that he and I shared being able to bounce off of one another, and I made the decision to make him a permanent co-host of the show, and fortunately he was willing and excited to join. I tell you guys, as I’m sure you know, this was the final leg of the stool, and what we needed to really take things up a notch. Glenn’s hard-nosed commentary and deep understanding of technology is extremely beneficial, and I believe you, our listeners, were instantly rewarded by him being a part of the show. Glenn is also an avid podcast listener, and totally “gets” podcasting.

Once he joined, we knew we were going to do the remaining events that fall, but we wanted to switch things up a bit.  We really wanted to harness the idea of a variety show. Let’s turn this into a weekly radio show, where occasionally, when relevant, we bring in a special guest to do a deep-dive on a particular launch or technology from NetApp or one of our partners.

Some of you have expressed that you want more guests and more technical deep-dives. We hear you. I promise. But you have to understand that we will burn-out very quickly doing those every single week, and frankly, that gets boring after a while and folks will stop listening.

It feels really good right now. We’re continuing to fight some minor nit-pick audio issues with the studio in RTP, but we’ll get those gremlins worked out.

Adding the emails segment to the show was long overdue. We wanted a way for all of you to interact with us directly, and we want more of it! Keep sending us those emails!

We’re also considering adding a GoogleVoice number for you to call in, leave us a voicemail, and we’ll play that on the show as well and respond! Send us in your feedback and let us know if this is something you would use!

To Infinity and Beyond

I wanted to give you guys a long landing strip of some things that were currently in planning. In an effort to get NetApp to fully back, support, and promote the show as a NetApp content asset, we’re going to need to move it off of DatacenterDude.com in the near future. I completely agree with this and feel it is what is best for you, the listeners, and fully covers the “Nick gets hit by a bus” scenario. Today, as it stands, if that happened, the show would fall into a black abyss. I’ll be sure to keep everyone updated as this moves forward, but currently, we’re waiting on some of the “trigger pullers” to get around to making a decision.

Here’s the problem: All podcasts are driven by their RSS feed. It’s their street address or “frequency” on the Internet. When you embed a podcast into a website, you’re also embedding the podcast’s RSS feed into that site. Currently, the RSS feed for the NetApp Communities Podcast is datacenterdude.com/netapp-podcast/feed.  That will need to change, as we’re likely going to be giving the show its own website. This shouldn’t be too big of a deal for everyone, but it may result in you having to hit your “subscribe” button again when that happens.

Again … nothing to do right now, and we will definitely keep you abreast of any changes long before they come.

We posted our 75th episode today and have received hundreds of thousands of listens to-date. All I can say is thank you for your support, and please share with your peers, partners, and customers what three of us TME’s are doing on our own, above and beyond our “day jobs,” to have some fun with you and get valuable information out to you.

It’s not the Virtualization Experts Call, but frankly, I wouldn’t have it any other way. 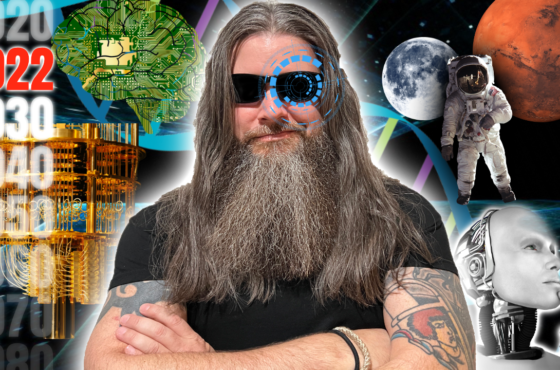