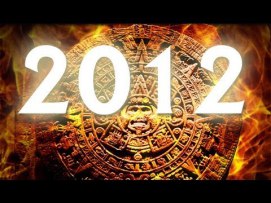 Wrap it up and tie a bow on it, folks.  2012 has come and gone.  SOOOO much to talk about that happened in 2012, but it’s nothing a nice stroll through the blog roll cannot satisfy, so I won’t regurgitate here.  I simply want to highlight some milestones for me, personally.

First and foremost, it was my second full year at NetApp, and to say that it’s gone exactly how I had expected it to go would be a complete and utter lie.  Some good, some frustrating, but nothing that I would even deem “bad.”  I really am glad I made the move that I did, when I did.  My days as an admin (10 years) were waning, and it was time for me to get out and evangelize the good word.  We’ve had two solid trade show seasons now since I’ve been here, including 4 VMworld’s, 6 NetApp Insight’s, and 2 VMware PEX events.  This also doesn’t include the numerous VMUG’s, customer briefings, etc, that I’ve been able to participate in.

To all of you that I’ve met, thank you for always wanting to chat, and being outgoing enough to give feedback on our products, as well as this site and the content we produce.  From NetApp field personnel, to our end-user customers, and even many of our competitors, you guys all inspire me to keep doing what I’m doing.

We can’t talk about 2012 at NetApp without talking about what shall henceforth be known as Clustered ONTAP.  Some of my most popular posts, with thousands of views and comments, are the one’s posted around Clustered ONTAP.  90% of our entire internal effort this year was to bring both software and technical documentation up to parity with it.  In case you missed any of those posts, I’ve got a quick link for you that lists all of the posts in a single page.

The other big milestone for me this year was finally getting my first podcast going.  This is something I’ve been wanting to do for years now, and it just took the right nudge off the cliff from a good friend to get me to dive in.  (More on the future of this in a separate post soon!)  For those of you that have been active and participant in the talkshoe calls and chatrooms, THANK YOU.  For those of you downloading via the various podcasting services, THANK YOU.   I mentioned this on yesterday’s episode at the end, but it’s worth repeating, because it’s important.   As far as I’m concerned, if only ONE person gets the helpful tips and advice they need, I consider it a success.  But at the end of the day, this is not my primary job function, and I’ve had to plead to qualify time to be able to do it, and I really want to be able to continue to do so.   The eyes are definitely on this, and we are getting noticed, but those eyes care about metrics, such as downloads, subscribers, etc.   So if you wouldn’t mind, please help me out here…

1) Go and LIKE the official Facebook page of the podcast here:  http://www.facebook.com/NetAppvPodcast
2) Subscribe to the podcast in iTunes with this one-click link.
3) While you’re there, please visit the Ratings & Reviews section and give us an honest review. To those of you that have done so already, THANK YOU!

I have many other ideas for topics, and want to increase the frequency of the show to weekly, but in order to justify doing so, I need your help in doing these few things!

While you’re over there on Facebook, give the ol’ Datacenterdude page a LIKE as well, if you don’t mind.  I’m trying to consolidate the syndication of the posts to “one” place on Facebook, but want to make sure none of you miss out when I post new articles.  Things on the site are going to get a lot more automated and less spammy in 2013.

Today is our last day of work before going on vacation until after New Years, but there are several other posts coming over the next week while I’ve [finally] got some downtime, including more info on the podcasts and my 2013 predictions, after what seemed like four straight months of being on the road at trade shows.  But I got to spend those four months with my colleagues, peers, and you, my readers and subscribers, and it’s a big ol’ piece of humble pie everytime one of you comes up to me and says that you read my stuff.

I can’t thank you guys enough.  The community-at-large is what makes me, and many of my peers, continue to do what we do.

If there’s anything you’d like to see different from the site in 2013, leave me some feedback in the comments, or send me a DM on Twitter.