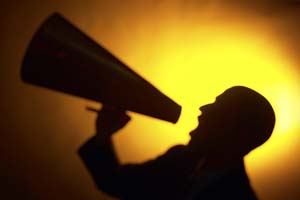 Today marks both an end and a beginning.  The end of development of the VSC for the thick/C#/VIC client, and a new era of the VMware vSphere web client, at least as far as NetApp plugins are concerned, has officially begun.

Earlier this morning, the latest version of the Virtual Storage Console (VSC) for VMware vSphere was released from NetApp. Alongside this release, we also snuck in a new VASA Provider for Clustered Data ONTAP.

The largest effort involved in this release, which started more than a year ago, was the porting of all functionality from years and years of code written for the VIC client.  This effort has yielded a web interface that is entirely native to the vSphere web client.

Meanwhile, there was additional work that went on behind the scenes to further enhance the architecture to be better suited for working with Clustered ONTAP.  This work alone, and what it means for the future, warrants its own post one day.

There is one caveat that I need everyone to be aware of, however.  If you’ve been to any of the major shows and seen my presentations on the new VSC since last summer, you’re aware of this, but for everyone else…

WHY?  vSphere 5.5 turned a lot of things upside down, enough to warrant a major release in my opinion.  But the changes to the UI and APIs were significant enough that we needed to draw a line in the sand from a supportability perspective.  In order to really make the UI shine, we had to use some of the newer APIs from VMware that were limited to vCenter 5.5.  This meant removing legacy compatibility from VSC with previous versions of vSphere and really focusing efforts on making the best UX possible while still bringing as much of the legacy functionality forward as possible. And I feel like we accomplished that.

“Yea but… we run vCenter 5.5 but hate the web client and want the thick client!”

“Yea but… we are still running vSphere 4.1, but we still want the latest stuff and still want support for our outdated infrastructure!”

Even Windows XP has finally proven to be mortal.  Long live Windows XP.  You can’t expect vendors to expend, much less prioritize, efforts on maintaining legacy compatibility in this rapidly-changing, heavily virtualized, IT world we live in today. But, you’ll be happy to know that VSC 4.2.1 continues to support you, all the way from vSphere 4.0u2 –> 5.5.

VSC 4.2.x is the last version of the thick client that will be developed. It may have a couple more dot-dot maintenance releases along the way, but all efforts going forward will be focused on VSC 5.x and beyond on the vSphere Web Client.

This is where things start getting fun…

VASA 5.0 lays the groundwork/framework for an exciting future of policy-based management that will really drive our unique Software-Defined Storage message home, above and beyond what Clustered Data ONTAP already brings to the table.

This initial release will merely whet your appetite with providing you the ability to provision datastores based on policies (we call them SCP’s, or Storage Capability Profiles).  Inside of those policies you can define extreme details of compatible storage, such as whether or not it has FlashCache, or is licensed for SnapMirror.

When you first load in to the VASA interface, you will see three examples… Gold, Silver, Bronze.  I would highly recommend you create your own SCP’s that are custom-tailored to your environment for two reasons…

This is groundwork for the future with VVOLs and QoS, as well as including Data Retention, all as part of provisioning storage for VM’s.  You’re going to see A LOT from us throughout this year on these very hot topics.

We have lots more content on the way to highlight a lot of the features and functionality of both VSC and VASA.  But I’ve been talking about it publicly for almost a year.

Now we need you to put it through its paces, run it through the ringer, and tell us what we got right, and where we need to improve.

I’d like to share with you first, a video from one of our newest vExperts, Melissa Palmer.

useless if running linked mode (even if you want to run 2 VSC instances you cant!)