When you’re in tech marketing, there is this state of mind you can often descend into where it can feel like just a never-ending churn and hillclimb of work that there is neither ever enough time to finish, nor downtime between parallel projects to catch your breath, nor resources to really get it done.  This has the potential to blind you from what is truly being accomplished, and is often susceptible to “burn out.”

I recently experienced one of these, and all it took was a revisit of what we’ve accomplished as a unit so far this year.  I’m happy to report:  WE HAVE MUCH TO DISCUSS! 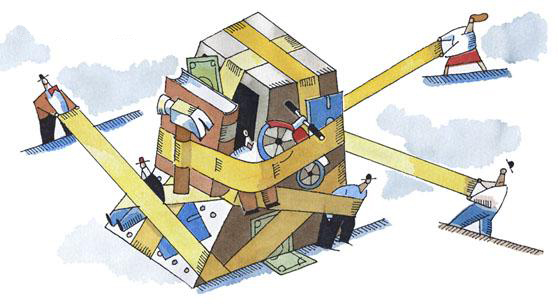 First and foremost, the shift is happening.  True storage-scale-out clustering is here!  On April 19th, 2012, DataONTAP 8.1 was made Generally Available.  I began a series of articles highlighting this back in February.  Here are links to each of them:

(The 4th and final post of this series, covering vSphere integrations and implementation, is coming soon.  Was just waiting on a couple of milestones to happen so I could talk about them!)

In March 2012, we released the latest version of our flagship vSphere integration, the Virtual Storage Console, or VSC, as it’s commonly referred.  This was a pretty big deal, and here’s why.  There was a massive undertaking to bring feature parity to the newest version to include support for the new Cluster-Mode operating system, and being able to manage all of these net-new elements, such as cluster path management, logical Vservers, and their associated datastores.  This effort was too big for one release, and has been broken out into two phases.  The first phase brought a lot of the management tools you know and love, such as setting Best Practices configurations to all of your ESXi hosts, creating/resizing/destroying datastores with simple Next->Next->Finish workflows, and the net-new alignment feature known as Optimization & Migration, to Cluster-Mode parity.

Phase 2 of this implementation will come in VSC 4.1, targetted to be released in August 2012.  It will bring the remaining components of VM Cloning & View Integration (RCU), as well as Backup & Recovery (SMVI), up to parity and supporting of Cluster-Mode.

You can download the latest version of the VSC at support.netapp.com.  This is a free tool for all NetApp customers.

This, again, was a massive effort that spanned 6 months of work from my entire team, and involved multiple facets and groups within the entire NetApp organization to insure the successful creation.  This document also began an effort to stop writing step by step desk reference documentation, and begin to write more thought-provoking “books” that were more susceptible to be read cover-to-cover, rather than just printed out and used as a reference manual of how to accomplish a task.

If you’re a current VMware customer, looking to take advantage or even familiarize how your environment would work on this scale-out architecture, this is the paper for you!  As someone who was first-hand involved in not only the creation of some of the raw content, but also a big part of assembling the document from it’s various parts, I would love to hear any feedback you may have!  We’ve already received tons of awesome feedback from both NetApp folks and non-NetApp folks, and are already making some edits/updates, so I’ll be sure to post something when those updates are made.  Please keep the feedback coming!

You can download a PDF copy of the book here:  http://media.netapp.com/documents/tr-4068.pdf

If you’d like an ebook or MOBI format, let me know!  I’m trying to gauge demand so that I can take it back to our technical library team to encourage them to begin producing mobile-reader-friendly formats!

FINALLY!  What a process this was!  As of yesterday, May 24th, NetApp’s NFS VAAI plugin (VIB) is Generally Available.  Ed Grigson posted an article recently around NetApp’s integrations with vSphere, and I have to say, it was one of the most well-thought-out, well-researched posts I’ve ever read.  I added my feedback in the comments at the bottom of the post, but I thought it might be worthwhile to repost some of the information here as well.

The matrix of what’s compatible with what is a little complicated right now, so I wanted to take a moment to lay it all out.   Please keep in mind what a massive undertaking and shift in the line of thinking that Cluster-Mode is, and will be soon, when you look at these.  It’s a very aggressive timeline of conversion and feature parity.

DISCLAIMER: These are in no way binding, and are subject to change.

Again, you can download a copy of the NFS VAAI VIB from support.netapp.com, but remember, it is currently only supported on 8.1 Cluster-Mode.  There are some that have said they have gotten it to work on 7-Mode.  I personally have not tried this.  It is an unsupported configuration, and YMMV.

I will also be adding followup post + video demo of how to deploy the plugin very soon!  Documentation on how to deploy it is included on the download page at the link above.

An update to this TR was also published in the month of May.  Two of my co-workers, Larry Touchette and Julian Cates, did a fantastic job of getting this document updated, and it is tops on my reading list right now.  Probably for when I fly back from CA to NC next weekend.

This document discusses the implementation of VMware vCenter Site Recovery Manager (SRM) Version 5 in an environment using NetApp FAS storage systems. It provides a conceptual understanding of what is required in a true DR scenario, which is much broader than just failing over the virtual infrastructure and storage environment.

Looking Ahead:  What’s Next?

Next on our plate, aside from a couple of internal events at NetApp, is going to be VMworld.  We’ve submitted dozens of breakout session abstracts to be reviewed, and eventually for you to vote on.  I’ll list those and review them for you when we get the word from VMware on what’s been accepted.

Secondly, Partner labs are going to be a big thing in the Hands-On-Labs at VMworld again this year.  I’ve been given permission to share the following with you, without naming names.

My team submitted three lab abstracts to the committee, and all three were selected in the first round of voting.  We were very proud of this, seeing as no other vendor had multiples selected through the first round of voting.  So out of 11 labs selected, we had 3 of those.  We were told this would be wittled down to 6, and that we needed to put our best foot forward.  We volunteered to drop 1 of the 3 ourselves, and resubmitted our final 2 to the final round of selection.  Of those, we were selected as 1 of 6 to be included in the VMworld Hands-On-Labs for the second year.  We had a massive showing last year, ranking as the (tied for) first in student satisfaction out of ALL the labs available.

I won’t reveal just yet what the lab is going to be about, but will as we get closer, I promise.  All I can say is:  You definitely want to take it!  It will completely change how you think about Data Protection in Cloud Environments, both public and private.

Aside from that, for my readers that are NetApp’ers, we’re also putting some good sessions together for Insight later this year, most of which we’re developing in parallel with VMware content.  If you’re attending Foresight in a couple of weeks, I look forward to hearing your feedback!

I want to learn more on Ontap 8.1 Cluster Mode. Is there any Best practices guide just for Cluster mode where i can learn basic and advanced topics of cluster mode.

+1 for epub or mobi format

Regarding your mentioned tr-4068: In section 7.9 (VAAI Support for NFS) you are leaving out crucial steps to get this wonderfull feature working. I had to find out this by myself and with the help of our NetApp-SE: – on the vserver you have to activate the vstorage-API by issuing “vserver nfs modify -vserver -vstorage enabled” from the cluster-console – you have to enable NFSv4, as here the additional meta-data for VAAI is transported Unless you issue the above mentioned steps, you won’t have any VAAI-features with NFS, even when the NFS-plugin is properly installed. I tried to eMail this… Read more »

Thanks for the feedback, Peter! Good to know that the external mail address isn’t working.  We’re definitely going to check on that!  The right people have been notified. Now, on to the meat… If you’re creating things manually, YES, you DO have issue the -vstorage enabled command in order to turn on the VAAI functionality on the controller. This is done on a per-vserver basis.  Some people don’t want to use it, believe it or not, so we decided to leave it off by default.  That said, if you use the Virtual Storage Console (VSC) to provision your datastores, part… Read more »

I am trying export the details available in VSC for vsphere to a file.
I tried to search it on google but couldnt locate it.Can you please help me in finding a way to export that data to a file .I am using VSC 2.1.1